As I've explained before, I wanted to like and recommend the book Real vs. Rumor because people need to understand how to approach Church history. But the book itself perpetuates rumors!
The subtitle of Real vs. Rumor is sadly ironic: "How to dispel Latter-day Myths." The book includes several factual errors that contribute to, instead of reduce, confusion about Church history.
Here are some key passages.

p. 2. Given that history is nearly everywhere in Latter-day Saint life, it's no surprise that we frequently encounter rumors and myths. "It never ceases to amaze me," President Harold B. Lee observed, "how gullible some of our Church members are in broadcasting sensational stories, or dreams, or visions, or purported patriarchal blessings, or quotations, or supposedly from some person's private diary."

The quotation misleadingly fails to alert readers with an ellipsis that it omitted the end of President Lee's sentence: "without first verifying the report with proper Church authorities."
In a book that emphasizes the importance of accuracy, it's surprising to see such an omission. You can read President Lee's entire statement in context here:
https://www.churchofjesuschrist.org/study/general-conference/1972/10/admonitions-for-the-priesthood-of-god?lang=eng
More of President Lee's talk is found below.*
How do we verify reports with proper Church authorities? Obviously we can't ask Church leaders every question that comes to our minds. Church leaders have emphasized repeatedly that we consult the scriptures and the teachings of the prophets. Keep that in mind when we see what else is in this book, Real vs. Rumor.
Page 2 continues.

Antagonists distort the Church's history, and some Saints abandon their faith because they can't make sense of the past or discern present manipulations.

I want to warn this great body of priesthood against that great sin of Sodom and Gomorrah, which has been labeled as a sin second only in seriousness to the sin of murder. I speak of the sin of adultery, which, as you know, was the name used by the Master as he referred to unlicensed sexual sins of fornication as well as adultery; and besides this, the equally grievous sin of homosexuality, which seems to be gaining momentum with social acceptance in the Babylon of the world, of which Church members must not be a part.
While we are in the world, we must not be of the world. Any attempts being made by the schools or places of entertainment to flaunt sexual perversions, which can do nothing but excite to experimentation, must find among the priesthood in this church a vigorous and unrelenting defense through every lawful means that can be employed.
The common judges of Israel, our bishops and stake presidents, must not stand by and fail to apply disciplinary measures within their jurisdiction, as set forth plainly in the laws of the Lord and procedures as set forth in plain and simple instructions that cannot be misunderstood. Never must we allow supposed mercy to the unrepentant sinner to rob the justice upon which true repentance from sinful practices is predicated.
One more matter: There are among us many loose writings predicting the calamities which are about to overtake us. Some of these have been publicized as though they were necessary to wake up the world to the horrors about to overtake us. Many of these are from sources upon which there cannot be unquestioned reliance. 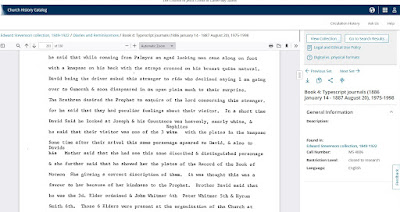