Edward Stevenson (1820-1897) joined the Church as a teenager after Joseph Smith visited his family in Pontiac, Michigan. He became a famous missionary, reportedly traveling more miles as a missionary at his own expense than any other missionary.

Stevenson interviewed David Whitmer and was instrumental in bringing Martin Harris to Utah.

Stevenson's journal is available at the Church History site. On the page below, he related his conversation with David Whitmer about the messenger who took the abridged plates from Harmony to Cumorah. Joseph Smith identified him as one of the Three Nephites. 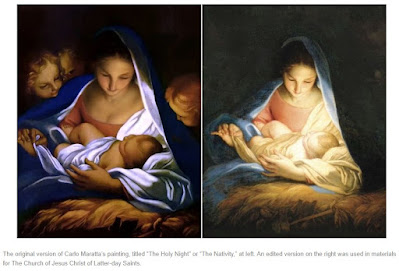